TAHPI is proud to announce that King Abdullah bin Abdulaziz Medical City, one of the most prominent Healthcare projects in the region, in which TAHPI has carried out the master plan and design will begin the first stage of construction.  The Arabian Gulf University has signed the first of the construction contracts on 4 January 2018.  The signing  ceremony was a grand event that was attended by the Bahrain Minister of Education and the Saudi Ambassador to the Kingdom of Bahrain.

The 300 bed Medical City, will have 15 operating rooms, full range of outpatient clinics and advance laboratories and pharmacy, as well as a  medical training college for medicine students from GCC countries..

TAHPI has lead and participated in over 60 workshops which was attended by more than 100 experts to design the medical city to the standards of the National Health Regulatory Authority. 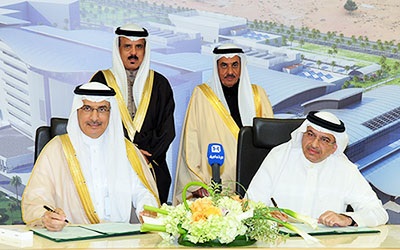